In Episode 42 of the Wandering But Not Lost Podcast, co-hosts Matt Emerson and Jan O’Brien pay homage to Halloween Time with a haunting episode.  In Reach Your Peak they discuss the frightfully terrifying subject of Risk Reduction and in the Zen this week, Matt goes to a few of the places that inspired Stephen King to write some of his most popular books,  Join us for some Wicked Wanderings.

Reach Your Peak – The Rules of Risk Reduction

Developing best practices and incorporating the recommendations outlined below into your daily real estate business will significantly reduce your liability and help manage the risk of potential litigation as well as complaints filed with the department of real estate or your local REALTOR Association. 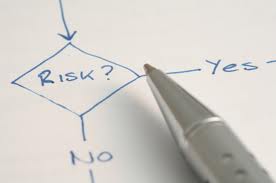 What?  Were you expecting info on Haunted Houses across the country?  Well, I hate to disappoint so click here for those but continuing reading and you just may find a few locations that you’ll want to put on your travel list.  We thought it would be fun (and just a little creepy) if we celebrated Halloween this year with a road trip to some of the locations that inspired Stephen King while writing some of his greatest books.  So lock your doors and windows, look under the bed, and join us for some wicked wanderings.

Stephen King calls Bangor, Maine home and he lives in a beautiful stately mansion not too far from downtown.  The two-story blood-red home with white trim is easily identified by the wrought-iron gate out front adorned with spiders and bats.  When we were in town we wanted to drive by and take a peek and although we had the address we didn’t need to use GPS or look at any maps.  There was something that just drew us to the exact street, literally without doing any hunting what-so-ever.  The street is lined with tall trees the yards are spacious and enclosed by fences and hedges.  It’s quiet, and while we were in the area, completely devoid of life.  We were the only car on the street and the only beating hearts in the vicinity.  It was the perfect way to see the home.  You could easily imagine any number of frightening things occurring in and around the neighborhood.

Many of King’s novels take place in Maine which I suppose is a blessing and a curse for those you live in the state.  Maine is actually one of the most beautiful of the 50 with a rugged coastline that rivals that of California in both length and beauty, incredible hills, mountains, lakes, along with sights, food, and lodging that rival the best anywhere.  I don’t know, perhaps it’s the King stories, but if you let your mind wander even a little bit you can get that weird feeling in the pit of your stomach and someone is watching you!  Although many of the tales take place there, he often hit the road for inspiration and for a change of scenery while doing the writing.  Colorado seemed to be one of his favorite places to get away to.  With that preface, let’s go on with it…

Synopsis:  Jack Torrance, his wife Wendy, and their young son Danny move into the Overlook Hotel, where Jack has been hired as the winter caretaker. The Overlook is a rugged old lodge, located in a secluded spot in the Rocky Mountains.  Cut off from civilization for months, Jack hopes to battle alcoholism and uncontrolled rage while writing a play.  As the months go on, things intensify and, well, you all know what happens from there.

The Stephen King thriller, The Shining, had its film debut in 1980 directed by Stanley Kubrick and The

Timberline Lodge in Oregon was used as the Overlook Hotel for the exterior design, the interior shots were created through inspiration from the Ahwahnee Hotel.

Who can forget the classic image of the terrifying red elevator doors (see the title image above)? Stephen King wrote the novel at the Stanley Hotel in Estes Park in the Rocky Mountain.  If you’re a fan, you’ll remember the exterior shots from the Timberline Lodge immediately and although the familiarity ends when you pass the threshold of the entrance it still conjures eerie emotions.  Of course, they do play to Shining fanboys and fangirls.  If you ask politely, they just may let you pose with an ax!

The story is set in and around the small town of Sidewinder, Colorado.  If that sounds at all familiar, well, that is probably because Sidewinder is also the closest town to the Overlook Hotel, where Wendy, Danny, and Jack Torrence spent a wonderful winter.

The 1990 movie starred James Cahn and Kathy Bates (which garnered her with a best-supporting-actress Oscar) and directed by Rob Reiner.  The real-life city of Silver Creek was the inspiration although the town of Genoa, NV, stood in for Silver Creek, CO. Many of the exterior shots were filmed in Washoe County, north of Lake Tahoe.

One of the major differences between the film and the novel is the “hobbling” scene; in the novel, Annie actually amputates one of Paul’s legs with an ax and cauterize the wound with a blowtorch. This scene was almost adapted faithfully, but producers agreed it was too gruesome.

In 2012, the story was retold on Broadway and ran for a total of 102 performances.

The cities identified with a green icon are part of the fictional Stephen King geography of Maine.  Image courtesy of StephenKing.com https://stephenking.com/images/map_of_maine.jpg

Synopsis:  The story of misfit high-school girl, Carrie White, who gradually discovers that she has telekinetic powers. Repressed by a domineering, ultra-religious mother and tormented by her peers at school, her efforts to fit in lead to a dramatic confrontation during the senior prom.

Carrie was Stephen King’s first novel and was set in the real-life small town of Chamberlain, Maine, north of Portland.  The film was his first book to be made into a film and premiered in 1976. One can only imagine what it would be like to be a child growing up there!  Bates High School (named as a nod to Alfred Hitchcock’s Bates Motel) was actually Morningside Elementary School, Maclay Avenue, San Fernando, CA and the climactic scene where a blood-soaked Carrie exits the prom was filmed at the Hermosa Beach Community Center, Hermosa Beach, CA.

The memorable home of Carrie and Margaret White that burns to the ground and is the backdrop as her hand pushes up out of the charred earth was filmed in Santa Paula, California – now demolished and the lot stands empty.

Synopsis. The Creed family moves from Chicago to the small town of Ludlow, Maine. They end up befriending their elderly neighbor, Jud Crandell, who takes them to the isolated pet cemetery (misspelled “Sematary”) behind the Creeds’ new home. … The young man dies, but not before warning Louis (by name) of the pet cemetery.

While living in rural Orrington, Maine, a King family cat was tragically killed on a busy highway, according to the author. The untimely feline passing came amid a string of animal deaths along the corridor, prompting local children to informally develop a nearby pet cemetery.  King decided to bury his cat among the other animal victims, and only a matter of days later he concocted the idea of a possessed “Pet Sematary.”

In the 1989 film,  most of the scenes were filmed in the towns of Hancock and Bangor, Maine. The red-roofed, yellow house where most of the film takes place is located on Point Road in Hancock and from what I found in my research, a  “Children at Play” sign is posted across the street from it.

The cemetery (human, not pet) that is featured throughout the movie is Mount Hope Cemetery on State Street in Bangor. It was here that Stephen King cameos in the movie as a minister presiding over a funeral.

Synopsis: Seven young outcasts in Derry, Maine, are about to face their worst nightmare — an ancient, shape-shifting evil that emerges

from the sewer every 27 years to prey on the town’s children. Banding together over the course of one horrifying summer, the friends must overcome their own personal fears to battle the murderous, bloodthirsty clown known as Pennywise.

It is said that the inspiration for the fictional town of Derry, Maine, is King’s hometown of Bangor.  Of course, this thriller is more about what lurks UNDER the topography of Maine – Pennywise the clown.  While searching for a good Pennywise FAQ I came across the website SlasherSam.com which, hands-down, had the best list so instead of reinventing the wheel or completely plagiarising the work, I present to you the Top 5 facts about Pennywise the clown directly from their website:

Though we know him best as one of the most famous evil clowns in pop culture, Pennywise isn’t actually a clown at all. No, that’s just the form that the evil shapeshifting entity that haunts Derry, Maine, preying on innocent children in particular. The entity is just that, an ‘It’, a mysterious and malevolent being/entity/force of destruction from another realm or dimension.

Pennywise is just one of the names or titles that ‘It’ has inherited among many others, including Consumption, The Eater of Worlds, or Robert “Bob” Grey. In fact, we don’t even really know if ‘It’ is really even male, female, both, or neither. ‘It’ is unknowable.

That’s right. The sinister clown is referenced in Stephen King’s short story Gray Matter, as well as in novels Insomnia, 11/22/63, Dreamcatcher, and The Tommyknockers, in which a character traveling through Derry actually sees a clown down a storm drain.

2. Pennywise was inspired by Ronald McDonald

Naturally, most people would assume that Pennywise the evil clown would have been inspired by notorious serial killer John Wayne Gacy, who liked to dress as a clown for children’s birthday parties and community events (when he wasn’t killing a bunch of people). But Stephen King himself has gone on the record saying that Ronald McDonald, famous TV clown Bozo, and Clarabell from Howdy Doody were his main inspirations.

Okay, you didn’t need me to tell you that. Everyone knows Pennywise is a scary clown, especially as played by Tim Curry in the 1990 miniseries. He was so scary in that, that IGN ranked Pennywise as eighth on the list of top 25 horror movie villains, sufferers of coulrophobia (a phobia of clowns) often cite Pennywise as their worst nightmare, and has been linked numerous times with creepy clown hauntings all over the world (probably just jackasses dressing up in clown costumes, right? Please tell me Pennywise isn’t real!).

We hope you enjoyed this quick trip around the country with stops at the fictional and non-fictional Stephen King towns that have inspired, placed, and set some of the best thrillers written and filmed.  If you are a King fan, these locations are fun to add to your itenerary as you continue your journey of being forever Wandering But Not Lost!

Mentioned in the Episode (Resources & Links)

This site uses Akismet to reduce spam. Learn how your comment data is processed.